Wonders of the Bible Online Podcasts

Monthly articles, Podcasts, and resources on the topic of Christian visual arts, science, and communication technologies. Hosted by Frank DeFreitas.

* My simple audio player allows me to bring Podcasts to you while respecting your privacy. My entire Wonders of the Bible web site is cookie-free and tracking-free.

August 2020:
Hope and Comfort from the Holy Bible


The Word of God provides comfort to all people everywhere who face difficult days and nights. Frank DeFreitas reads the most hopeful and comforting scripture in this unique podcast.


June 2020:
Christ, Creation and the Declaration of Independence


Christian based exhibit for the 250th anniversary semiquincentennial of the founding of the United States of America in 2026. See the world's smallest, microscopic Declaration of Independence.


John Baskerville's Bible is considered one of the most beautifully printed Bibles in history. His typeface is just as relevant today as it was back in 1763.


Recently discovered advertisement shows Benjamin Franklin as one of the top Bible merchants in early Philadelphia history. Hear his thoughts on the Holy Bible.


Jane Aitken, Philadelphia printer and bookbinder, was the first woman to print the Holy Bible in America.


Frank DeFreitas introduces and reads the preface to this 1669 William Penn classic.


Download and print your very own Tyndale New Testament Bible page to display at home, school, office, or church.


Frank DeFreitas reads the Biblical record of the birth of our Lord and Savior Jesus Christ.


Laser communication technologies will help preserve the Word of God, and take it into the future.


Recent imaging techniques reveal the Shroud of Turin in 3D through the Nobel prize-winning fields of lasers and holography.


The smallest handwriting in the world is of the famous Lord's Prayer. Even Thomas Edison gave it a try!


Energy and power are contained in the light spoken into existence by Jesus Christ on Day One of Creation. He is the awesome and powerful Creator of the universe.


You are not likely to find anything about Noah's Ark on New York City's famous Broadway today … but at one time, it was the toast of the town.


A celebration of the 3D stereo viewer that brought us Bible Stories, Birth of Jesus, Noah's Ark, and more.


No other media in the world can match the three dimensional, high fidelity images of REAL 3D laser-based holography.


A rare microfilm from 1875 shows the intent of Darwin evolutionists to rewrite and replace Biblical Genesis.


One is not likely to find many references to space flight trajectories when reading commentary on 1 Thessalonians 5:17: the famous "Pray without ceasing" verse given by Paul. 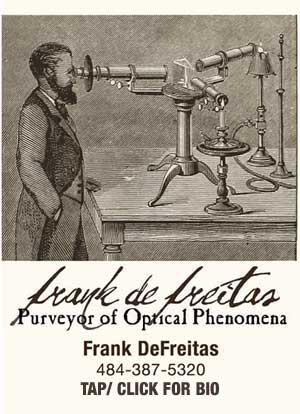 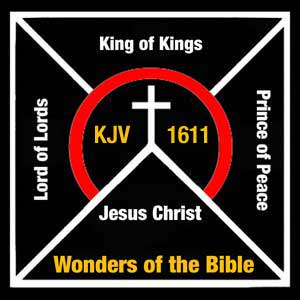